I love my church.  I love the mix of people there, I love the speakers, I love the kids’ programmes and I love being a part of whatever God is up to, with this ragamuffin rag tag bunch of people that I get to do a lot of life with.

I especially love our worship team.  I love the fact that this bunch of beautiful people get up while it’s still stupid o’clock on a Sunday morning, and they practice and pray and then work together to bring us a way to reach out to God, to connect with God, through worship.  Through song.

A number of weeks ago we had a worship session that was a real doozy.  Even if you’re not a regular church go-er and you don’t quite understand the whole gathering and singing about and to a God that you may not even believe in, had you been a fly on the wall that Sunday, I reckon you’d have a few questions and a little stirring in your belly.  It was that powerful.

Now people who know way more about these things than I, would be able to give you a few reasons why that particular Sunday was extra special.  More switched on people would say things along the lines of:  it was the song choice, it was the prep that the worship team put into the morning, it was the prayers that various people prayed prior to the service, it was how open the congregation was, it was all sorts of things.  And.  Yep.  I reckon it could quite possibly have been a whole mix of things.

But I’ve been pondering this for a while now.

And while I can’t and don’t and won’t ever claim to have any ‘spiritual recipes’:  where, if you have x amount of y and add in a touch of z, with a splash of w, then – whammo – you’re gonna get an amazing church experience.  Guaranteed.

Nope.  I’d never say that. You see I believe that God is sovereign and will have His way, in spite of whatever we do or don’t do…….

But I’ve been wondering about something and that ‘something’ was evident in two of the songs we sang that day, and I really don’t think it was a coincidence that it was a ‘wow’ morning for so many people that day.

The first song of the two that were most powerful for me, was ‘Goodness of God’ by Bethel Music and Jenn Johnson.  You can watch it/ listen to it here. This song is powerful – the words are declaratory, they point to the steadfastness of God; His faithfulness and His closeness.

What’s key for me, in this song, is that it doesn’t just talk about how amazing God is when life is going well – but it talks of when we’re in our darkest days, then He is close like no other –

And that’s what stood out for me as people all around me lifted up their voice in song, and declared those words, because I have the amazing privilege of knowing so many stories of the people around me.

That Sunday, singing these words:

I love You, Lord
For Your mercy never failed me
All my days, I’ve been held in Your hands
From the moment that I wake up
Until I lay my head
Oh, I will sing of the goodness of God,

were people who are facing all sorts of battles and heartache and struggles.  Friends who have major illnesses – visible and invisible, families in the middle of major upheavals, those with financial struggles, and some who are in relentless physical and emotional pain.  Yet they were all singing these words, and truly meaning these words.  In and through all their yuck, God has been faithful.  And I think there’s enormous power when we can say, even when dot dot dot, God has been faithful.

The next song we sang was the old hymn ‘It is Well with my Soul’ by Horatio Spafford.

When peace, like a river, attendeth my way,
When sorrows like sea billows roll;
Whatever my lot, Thou hast taught me to say,
It is well, it is well with my soul.

This song is rather well known for being written by a this guy, Mr Spafford after he had learnt that his four daughters had perished at sea, and he was on his way to join his wife after this awful, life-altering tragedy.

That part of his life seems to be well known, but I wanted to know more….what made this man tick? How could his faith be so rock solid?

I’ve done a little research and will share my thoughts thus far – but I reckon there is much, much more to learn from ‘ol Horatio.

Horatio was an American.  He was a lawyer and also an investor, and lost a lot of what he had in assets in the Great Chicago Fire (1871).  Two years later Horatio decided his family needed a holiday – can’t blame him really, and they chose England as their destination because…get this….he was good friends with the preacher D L Moody and he wanted to hear Moody preach in England.  A ha!!!  Horatio had a deep faith – helped no doubt by the company he kept.  If he could call Moody a friend, and decide that out of anywhere in the world he could go, he chose to visit Moody and be a part of Moody’s ‘inner circle’ I guess.   Which speaks to me that Horatio kept some pretty cool company…..wise move Mr Spafford.

Anyway Horatio had some last minute business to attend to, so sent the family on ahead.  His four daughters died as a result of the ship they were on being struck by another ship – but his wife survived.  ‘Saved alone’ were the words on that now famous telegraph she sent to her husband once she arrived in England.

I don’t know about you, but I don’t think I could say ‘It is well with my soul’, after having four kids die.  I really don’t think I could say it directly after their deaths, and I wonder if I could even say it in the following months or years…..but maybe, just maybe it was something Horatio had to say.  Just had to proclaim, to speak aloud what he knew to be true.  To speak it into being – thus becoming easier to believe.  I don’t know, but maybe, just maybe, in the process of telling himself it is well, it is well….then slowly, but surely, his nightmare turned into a situation where God was still acknowledged and still in control…..just maybe it was part of his healing process.

The story of Horatio doesn’t just end there with a great song, that is still blessing others today.  O no.  Horatio and his wife went on to have more children (two girls and a boy – sadly the boy died of pneumonia) and the Spaffords moved to Jerusalem, as part of the American Colony.  They led a group of thirteen adults and three children to set up a Christian colony to engage in work with the Muslim, Jewish and Christian communities in Jerusalem.  During and immediately after World War One the American Colony played a vital part in helping these communities by running soup kitchens, hospitals, and orphanages.

Horatio and his family didn’t just limit themselves by what they had experienced and let their heartache eat them up.  No they persevered – they worked for the Lord, through the thick and thin. I doubt it was ever easy.  But, by golly, I bet there was rejoicing in heaven when Horatio entered (he died of malaria and was buried in Jerusalem).  Well done my good and faithful servant.  And when I meet ‘ol Horatio in heaven, I’m going to thank him for his song and the fact that it really sums up the Christian walk so well.

Bet you didn’t think you’d be getting such a history lesson when you clicked on this link.  Well, sorry, not sorry……all this is to say there’s power when we share from what we know.  When our faith is lived out and declared.  I think these two songs carried with them a whole lotta raw truth – and I think they are examples of this; the scars you share become lighthouses for people who are headed for the same rocks you hit.

You story matters.  Your faith journey matters. Those songs we sang were and are powerful, because they are showing great vulnerability and honesty. There’s nothing like the encouragement that people get, from you sharing how the goodness of God has pulled you through the messiest of storms;

‘Tell the story of the mountain you climbed.  Your words could become a page in someone else’s survival guide’ – Morgan Harper Nicholls. 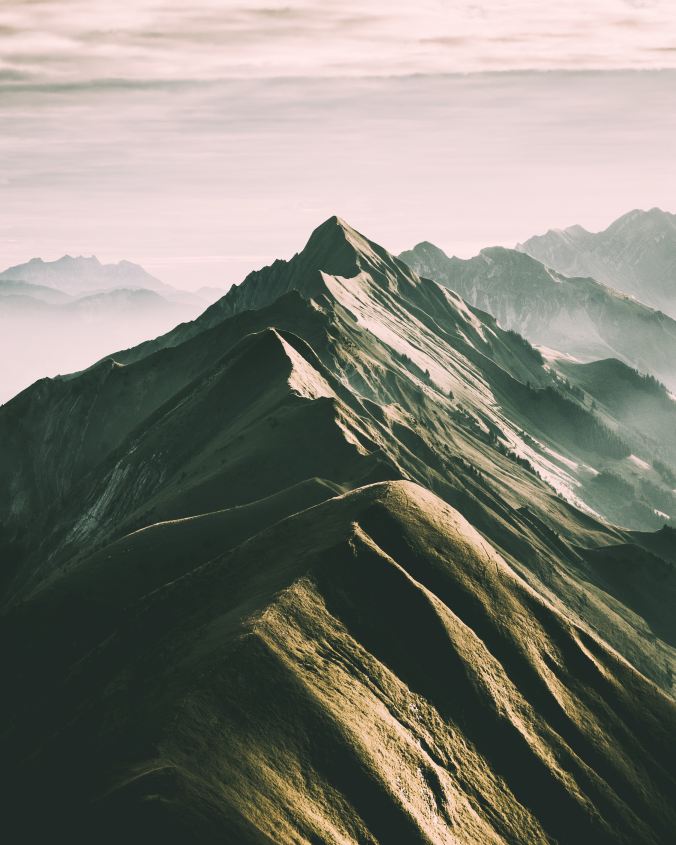