I used to think that ‘brave’ was a term to be reserved and used only for those ‘stand out from the crowds, living on the very edge, facing life and death situations’ type of adventurers.  Those who aren’t afraid to put themselves in scary situations.  Along with those people, I’d add in ‘brave’ when describing all of those who find themselves thrust into situations where they or their families are in, (or have been in) harm’s way.  Maybe they’re facing a cancer diagnosis, maybe they have to spend hours walking the halls of the closest children’s hospital, maybe huge loss has ripped their family apart and they have to get used to a new normal.  Brave brave brave.  Courage courage courage.  That’s what ‘brave’ used to mean to me.

But lately I’ve been thinking that brave IS indeed all of that, plus much, much more.

Brave can be found in the every day, in the highs and lows of this blessed but messy life.

Brave can be applying for a job you don’t think you’re good enough for, you’re not qualified for, but you think that maybe you could learn.

Brave can be standing up for yourself when mean comments have been flying and all sensitivities have flown out the window.  (Courage originally meant to speak one’s mind by telling one’s heart).

Brave can be looking your kids in the eye and saying ‘I’m sorry, I didn’t mean to say that’.

Brave is sometimes just someone showing up, when everything in their world is crying out to them to hide, and to stay hidden.

Brave can be forcing yourself to be step up and out of your shyness to say hello to the new parent at school pick up.

Brave can be looking your cashier in the eye and asking how their day is going.

Brave can be giving a real answer, when someone asks you how you really are.

Brave can be asking for support.

Brave can be taking two minutes to fire off a text or an email, to call out the gold in someone, it is sometimes pushing past boundaries and potential stumbling blocks when you don’t know how it will be received.

I think that ‘brave’ isn’t really recognized as much as it could be, and I’m on a new quest to call out the brave in my children, in my spouse, in my friends and colleagues.  Because brave, when it is recognized, it tends to breed more ‘brave’.

Once you’ve done one thing and you can step back and see it for being gutsy, see it for being something that led you past your comfort zone, then the next time you need to do something just a little bit courageous, it is just that little bit easier.  It’s like you know you’ve done a little bit of brave, you can do a little bit more.  I think ‘brave’ builds stepping stones, upon which….heck…the impossible can be done.  Because it is made possible.  But it helps to have someone walk alongside you, someone to urge you on.  Someone who’s not afraid to whisper in your ear ‘what you did just then, it was brave’.  Because I don’t know anyone on God’s green earth who doesn’t want to be brave.  And we don’t always see it and recognize it for what it is, in ourselves.

I saw this in action last week when one of my kids needed to have a general anesthetic.  The anesthetist gave him the choice of having an IV line put in his hand, and then having the medication to make him go to sleep injected directly into the IV line, or he could have had the face mask put on him and he could have breathed in the gas to make him go to sleep. A short but painful prick in the hand, with a rather long needle, or a smelly mask forced over your face?  Hmmm. Tough choice.  My kid chose the needle and IV line, he chose the more painful option, because he didn’t want to feel any kind of struggle with the mask.   So his Dad and I told him, ‘you are brave, you can do this’.  ‘You are going to be ok’.  And he was ok.  He handled that big ole needle like a champ.  And then when I walked him to the operating theatre and he saw six gowned and masked people there all looking at him and waiting for him and his steps faltered, again I whispered into his ear, ‘you are brave, you can do this’.  And he did it.  He carried on walking to the bed, laid himself down and stuck his arm out for the medication to go to sleep.  He was so brave.  And if there’s ever a next time, he’s going to know he can do hard things like that.  He’s also got a new empathy for people who are seriously sick and even for people who have to deal with big needles all the time.  Brave grows us.  Brave enlarges our hearts.  Brave wears many different faces.

We need to recognize ‘brave’ and celebrate it.  Brave brings about change in us. Brave stretches us – and the most awful but the very best learning happens in the stretch. Brave is also contagious – how many times have you seen others do something that they didn’t think they could do, then you think, by golly, I can do that too.  And so you do.

“Courage is a habit, a virtue: You get it by courageous acts. It’s like you learn to swim by swimming. You learn courage by couraging.” – Brene Brown.

I really do think that brave wears many faces – let’s help each other to be braver by braving.  By braving together. 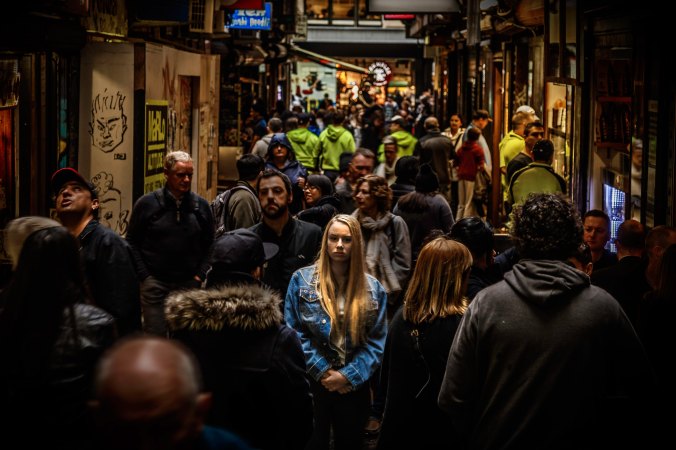