First – a note to the menfolk.

I have no idea how many men read my blog, but I wanted to address those who do, before I go any further. Please don’t get put off by any possible, mention of saggy baggy girly parts today, and of girly emotions. Of course I write like a chick, with girly examples, because I am a chick and the only way to write with any kind of authority is to write from what one knows…..however…..I really, truly believe that if you as a bloke can get past my girliness and can translate through the froth and bubble, then anything that is worth saying to all the ladies in the house, could potentially have meaning for you too….all righty?

The customer service job I do for paid employment now, means I meet a lot of members of the public. I love that.

If it’s not too busy when I’m working, it is easy enough to start up a conversation with Mr or Ms Jo Bloggs. I especially love it when I see that moment of ‘whoa now’ in Jo’s eyes. That ‘whoa now’ that comes when they realize that yes I am asking them how their day has been so far, and by the fact I can stop what I’m doing for one millisecond, and look them in the eye, so they know I am genuine in my asking.

That’s one level of ‘whoa’, but when I can build on that and remember what we talked about previously, the next time I see them, and ask they about x, y, or z, then that’s a whole new level of ‘whoa’.

And it’s not because I have an amazing memory, cos I don’t.

And it’s not because I’m an extrovert who loves to hear the sound of her own voice, I’m not and I don’t.

It’s simply because I’m on a journey to be able to understand who I am and what makes me tick.

I care about how that wedding went with the guy who was transporting a bride to her wedding ceremony on his boat, that he had taken days to clean and even bought special ribbon for.

I care about the upset girl whose landlord’s cat just died and the landlord had put the cat in the freezer. Strange but true.

I care about the woman who had just taken a month’s stress leave from her work and was not looking forward to her tomorrow.

For the longest time I didn’t fully embrace this caring business. I’d been told I was too sensitive. But the more I got to know ‘me’, the real me, the me who I believe was designed by God for a specific calling, then the more I can walk in the caring lifestyle.

But it is taking intentional moves on my part, in my heart, to see myself as how I believe God sees me.

And life is better when we can do that. So much better. I’m happier and more at peace with myself, as I’m learning to fully accept who I am. As a whole. Body and personality, all the big bits and little bits that make up ME.

Back in the day when coloured jeans were cool the first time around, and spiral perms were highly sought after, and the original tv series of Anne of Green Gables filled my Sunday afternoon viewing (have you heard, they are making a new one!), inspirational button badges were the thing. I remember one of mine had in bright orange against a black background, ‘I’m ok, God doesn’t make junk’.

As a twelve year old with braces, a short boy hair cut and pimples peppering my face, I truly believed that. I was ok because God doesn’t make junk.

Then somehow after the swirl of growing up, and in becoming a Mother I lost confidence in who I was as a person because I allowed others’ criticisms about my personality and my own little bit of lack of acceptance of my appearance to cut deep down, and I struggled with extreme loneliness with multiple moves. I allowed the thought that maybe I wasn’t ok to take root.

But the good thing about things that take root, is that they can be pulled up and transplanted or thrown out.

The whole appearance thing? Well now, miracle of miracles, as a nearly forty year old I can honestly say I’m fully comfortable in my own skin. The wee wrinkly kangaroo pouch thing I’ve got going on…that’s testament to my five foot two frame producing some chunky babies; the first two were eight pound twelve ounces and eight pound thirteen ounces. Skin that’s had to grow to accomodate little people, doesn’t just un-grow itself. There are legitimate reasons people who have lost massive amounts of weight need some help in the nipping and tucking department. The lines around my eyes, heck they are only going to multiply like rabbits, the more life I live and the more laughing and smiling I do. Love lines I call them.

So when I hear of friends who are unhappy with their appearance and hold onto what may be unattainable goals, that hurts my heart.  I get that it’s an easy and understandable place to be, but I long for them to walk further along their journeys. There is a release and freedom when you can just be. Yes, all the while aiming for good health and making the most of what you’ve been given, because I believe we are to be good stewards of our bodies, but in that, resting in the fact that you are ok, God doesn’t make junk.

As far as my personality goes……well……I’m learning to look at the end results of different traits……if what is in me leads to more joy, patience, kindness, goodness and self- control, then that trait is something to develop further. And if it doesn’t, then maybe that’s something to try not to do. Something to try not to be. What was labelled as me being over-sensitive, can actually be me being caring and compassionate.

This is a journey, yeah?

I read something this morning by an author/pastor guy, Paul Giovannetti.  He puts words to these thoughts so well, “If somebody whispers, “You’re stupid,” often enough, you’ll begin to believe it. Once you believe it, you will think it. Like a radio jingle that won’t go away, the “I am stupid” script gets stuck on a permanent loop. Once you believe it and think it, you might feel it. As the lie worms deeper into your heart, you’ll feel stupid. Head hanging low, mind feeling dark, fear stinging your throat with vomit, you will, finally, act stupid.
The lies of the enemy create self-fulfilling prophecies.
The only way to unwind this self-defeating pattern is to tune in to a new whisper: “All that is true of Jesus is now true of you.” You must hear the whisper often, in different settings, when you succeed and when you fail. When you are happy and when you are sad. In every circumstance, trial, victory, or defeat, you must hear the echo of the Father’s voice over and over again: You are complete in him (Colossians 2:10).
If that is good enough for God – and it is – then everybody who doubts it about you can go take a flying leap.

We are (all the parts of us – the good, the bad, the not so pretty; all the parts) complete in Him. 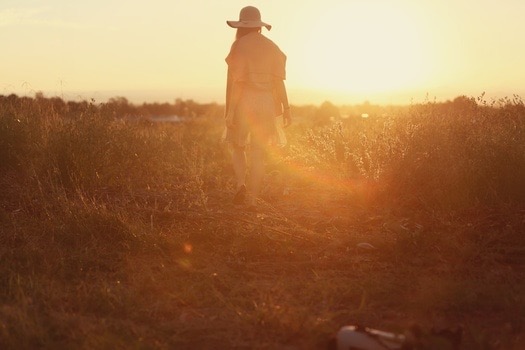